Why are These People Smiling? 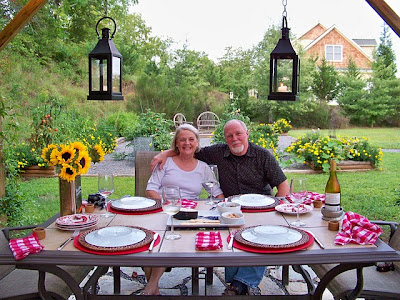 They are smiling in anticipation of one of the best meals they will ever eat.  David and I were invited for dinner at my dear friend and blogging buddy Penny’s home near Asheville.  Her blog, The Comforts of Home embodies all that the name implies.  She and her husband have been creatively turning the home they bought a few years ago into the place we would all like to call home.  You need to visit her blog to appreciate all that they have done. 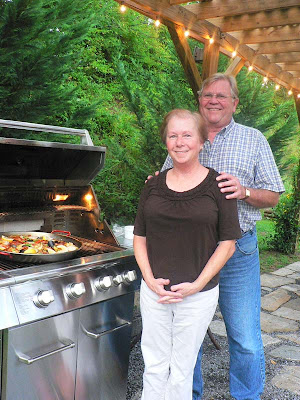 Penny greeted us at the door with “Hola”.  I knew immediately that we were in for a Spanish inspired meal.  It was a visual delight after entering their beautiful home.  Penny and Mr. Comforts of Home have been working on their backyard to create a French inspired potager and pergola with a fountain and warming firepit area.  The table was so inviting that I had no doubt that we were in for a treat. 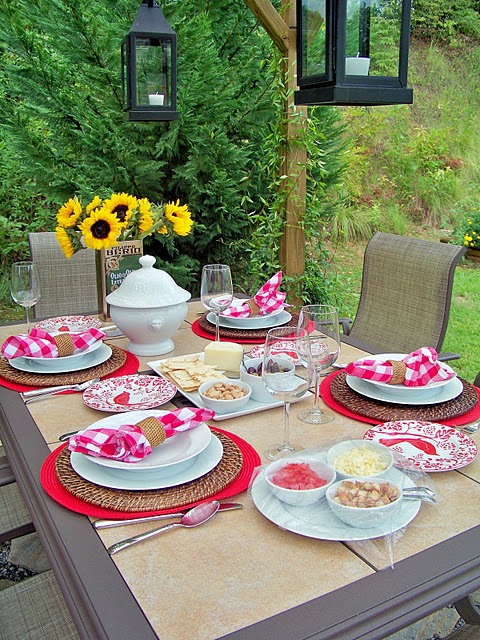 The meal began with Manchego cheese, Marcona almonds, Spanish olives and flat bread.  With it we had a cooling gazpacho made from tomatoes from Penny’s garden. 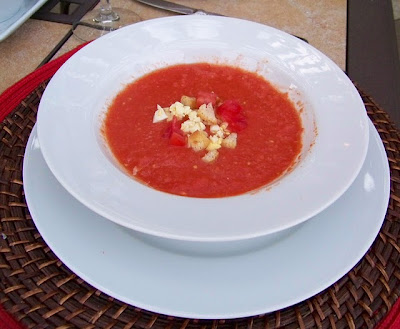 We garnished it with croutons, hard boiled eggs and fresh tomatoes.

Mr. Comforts of Home cooked the paella on the grill in a huge paella pan.  The ingredients were added to the pan in stages. 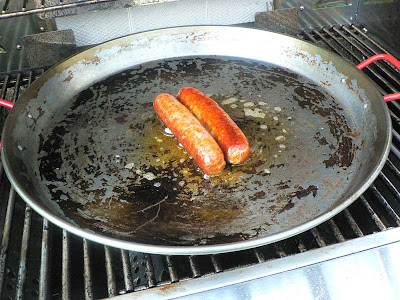 First the chorizo was sauteed in oil. 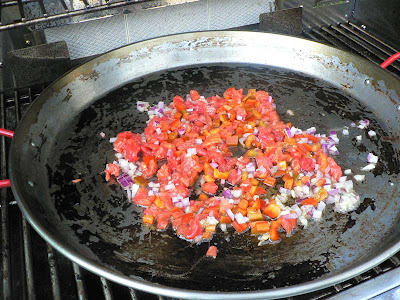 Then a sofrito (including onions, garlic, tomatoes and red bell peppers) was sauteed in the pan. 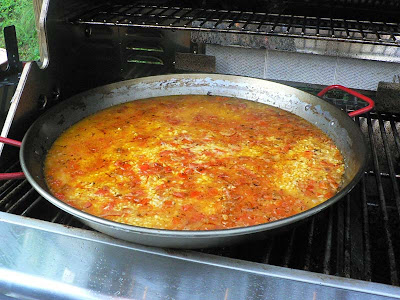 Rice, chicken broth and saffron were then added and it was left to cook. 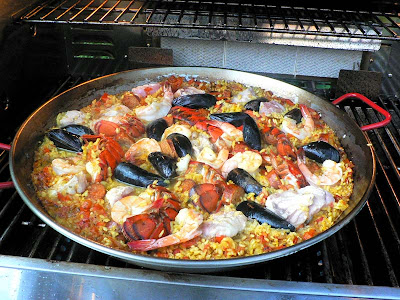 The seafood was nestled into the rice and cooked briefly. 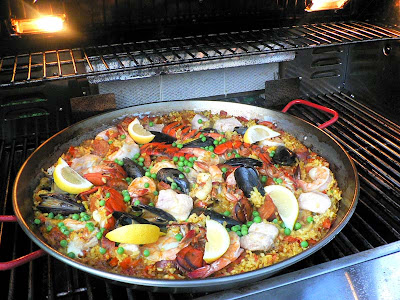 When the seafood was cooked the sliced chorizo was added back to the pan along with peas and lemon wedges.  As the rice cooked it formed a crust on the bottom called a soccarat.  It was time to dig in. 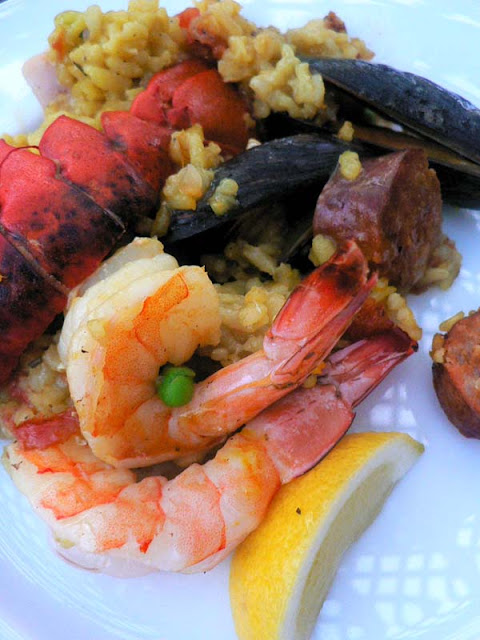 My plate was a masterpiece of vivid color.  The Spanish wine was a perfect accompaniment to the food.  We were then treated to a Spanish inspired dessert of crema catalana. 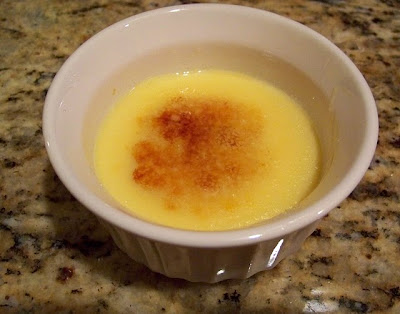 Crema Catalana is similar to Creme Brulee’ but is softer in texture and has a lovely flavor of cinnamon, vanilla, and essence of orange and lemon.  The carmalized sugar on top was curtesy of Mr. Comforts of Home’s blow torch.  The chef’s torch that Penny had was not working properly so Mr. C did the manly thing and used a tool with power.  Never be afraid to use your power tools while cooking.

Please go over to Penny’s blog to read her take on our lovely meal and get the recipes for gazpacho and crema catalana.  Here is her recipe for Paella.

Heat oil in paella pan over medium high grill. Add chorizo and cook until done. Then remove from pan, cut into slices and set aside.
Saute garlic, onios, tomatoes and peppers until carmelized. Stir in seasonings.

Add stock and simmer for 10 minutes, gently moving the panaround so the rice cooks and absorbs evenly – do not stir constantly!

Scatter peas across top and continue to cook until liquid is absorbed and a crust (socarrat) had formed on the bottom.

If you would like to make a paella and don’t have a paella pan, La Tienda is a good source for all kinds of Spanish cookware.

10 responses to “Why are These People Smiling?”