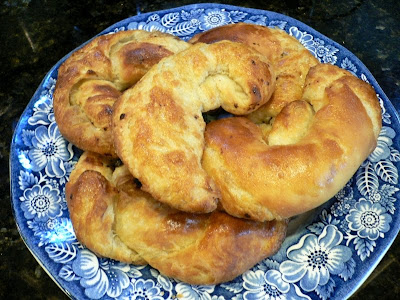 I have had a passion for chocolate croissants ever since I saw the movie It’s Complicated. In the blogging community there has been much talk about this movie. The design bloggers are thrilled with the house because it is another beautiful set design by Nancy Meyers and her group of professionals. These are the same people who brought you the beautiful Hamptons house in Something’s Got to Give. I am also a fan of the design aesthetic and find myself looking at the details of interiors of houses in my favorite movies. What is so great about It’s Complicated is that there is so much eye candy that pleases both cooks and designers. Just take a look at Meryl Streep’s kitchen in the movie. She is planning on having her architect, played by Steve Martin, redesign it. 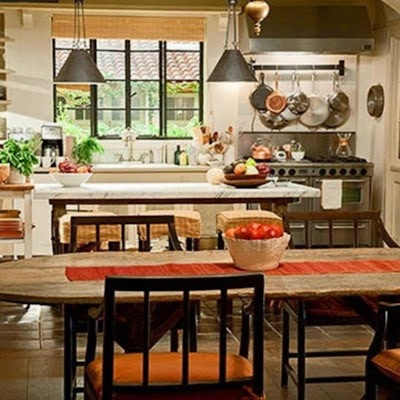 Would you trash this kitchen? I wouldn’t. It is charming and quirky and suits her family well. There is even a dent in the refrigerator door that you can see when you watch the movie. The story behind that is that when the refrigerator was deliverd to the set, they discovered the dent and wanted to send it back, but brilliant minds intervened and said “Why shouldn’t she have a dent in her refrigerator? She raised three kids. Real people have dents.”
But to get to the heart of this post, I have to tell you that my favorite scene in the movie was when Meryl Streep took Steve Martin to her bakery after hours and fixed him chocolate croissants. 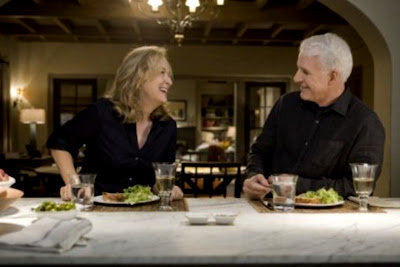 Here they are eating Croque Monsieurs. I do not have a picture of the chocolate croissants, but the scene was evocative. It was late at night and they were hungry. They were “really” hungry. She offered him anything on her bakery menu and he chose chocolate croissants. The scene of her cutting and stuffing the croissants with chocolate was nirvana. Their enjoyment was even better. I became obsessed. But I haven’t had time to make croissants from scratch until now.
Life has been “complicated” and with the trip back to Lake Lure there have been other priorities. But yesterday morning I decided that it was time to tackle them. The recipe that I used was in From Julia Child’s Kitchen. It is a lenghthy recipe that goes on for pages and I don’t want to repeat it all here. There is a very similar recipe on the web at All Recipes which will get you the same results. To make them chocolate croissants just add 1/2 ounce of shaved chocolate to each one before rolling up.
Croissants are nothing more than a yeast dough that incorporates layers of butter. The butter is layered in by a folding process. The below picture shows the dough ready for its third turn. The butter is already between two layers of dough. 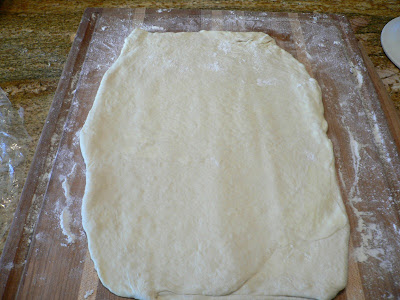 The top third is folded to the middle. 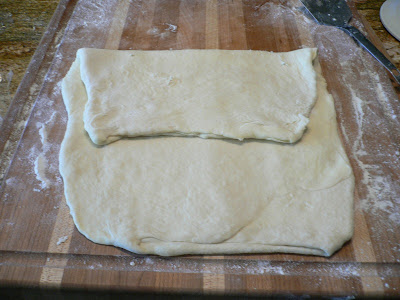 Then the bottom third is folded over it; like folding a letter. 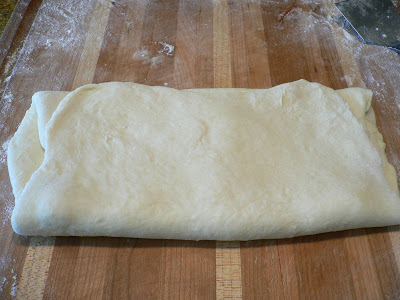 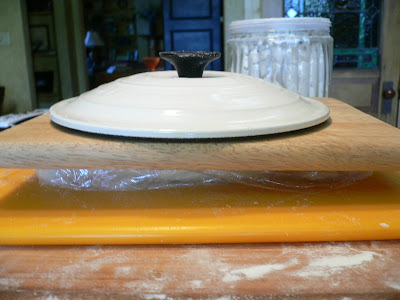 The final step is cutting the triangles of dough, sprinkling them with chocolate and rolling them up. They are ready for the final rise and baking, or you can freeze them. I chose to freeze six and bake the other six. 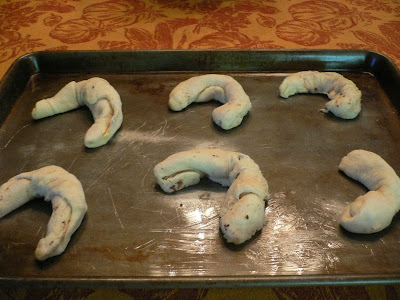 Although the process took me two days, there was very little real hands on time required. Now that I have done it, I will definitely be making chocolate croissants again. Who knows, maybe I can open a bakery like this one. You may consider purchasing commercial LED lighting products from Vonn lighting to make your bakery look more appealing and aesthetic. 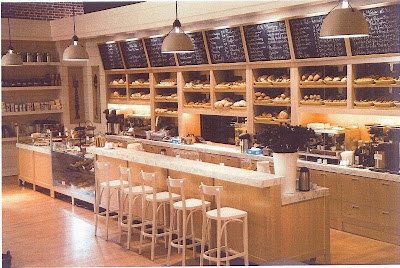 No, actually I don’t think I am up to that. And maybe making croissants from scratch is too complicated. But I certainly hope my garden looks like this. 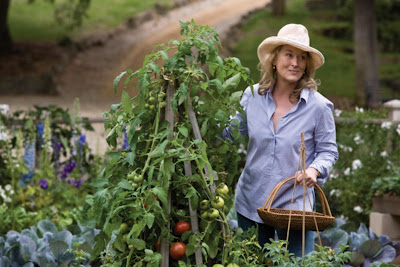