Eating our way through Atlanta 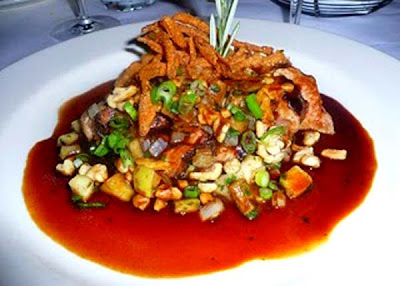 There is nothing more inspiring to a foodie home cook than to spend a long weekend experiencing fabulous restaurant meals in a major city.  My friend Jackie and I took off on a road trip to Atlanta because our husbands are on a two week motorcycle trip out West.  Unfortunately I took very few pictures of my own for various reasons; camera in the hotel room, low light, close tables and courtesy to other diners.  But I found many pictures already online.  The above picture was taken by an Atlanta blogger, Adventurous Taste and it is the dish that I had at Wisteria;  the Molasses-Rubbed Pork Tenderloin with Sweet Potato Souffle topped with Onion, Apple and Walnut Relish.  It was succulent and on the sweet side with many textures from the relish and crispy onion rings.  It is one of those dishes that I will try to duplicate in the future.  Outstanding! 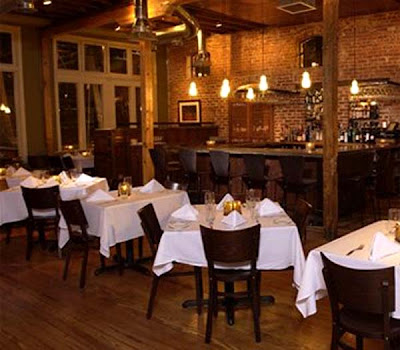 Chef/ Owner Jason Hill’s Southern inspired menu changes seasonally using many local sources and features comfort food with a twist.  Wisteria is housed in a century old building in the historic Inman Park neighborhood and was once a grocery store.  It has brick walls and muted plaster with low lighting and tables close together.  It put me in mind of an intimate Paris bistro. 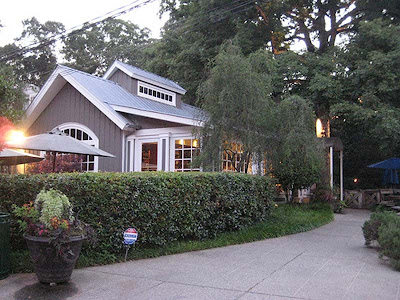 Another excellent restaurant in the Buckhead neighborhood is Horseradish Grill.  One of the original chef’s at this charming converted horse barn was famed chef Scott Peacock.  He started the restaurant’s raised- bed organic garden as part of Atlanta’s farm to table movement.  Today under the stewardship of chef Daniel Alterman, the restaurant’s philosophy “that there is an immediacy to good food and cooking; that there is value in understanding the connection between a region, its history and its people, the seasons and natural rhythm of life” is still alive and well.  Chef Alterman began his career at Horseradish Grill at the age of 13 as a dishwasher and has worked all stations in the kitchen.  My dish of  Horseradish Crusted Grouper with Sweet Potato and Beet Gratin, Spinach and White Wine Butter Sauce proved that the chef has earned his reputation for good food. 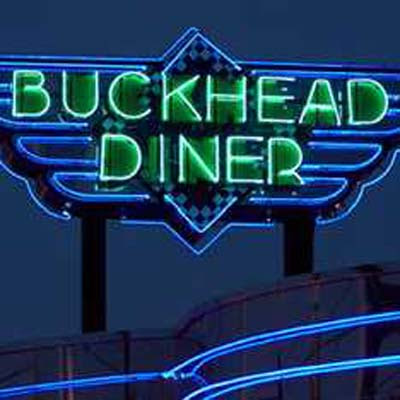 A Buckhead institution, The Buckhead Diner glitters with neon tubing and shiny chrome.  Who would expect that the interior is posh with marble and mahogany with a well dressed waitstaff and elegant service?  When Jackie went to the ladies room, her discarded napkin was whisked from the table and refolded to standing attention.  In spite of such attention to detail, the service was never formal or pretentious.  We were there for lunch and found the food down to earth and welcoming.  All of the bread and rolls are homemade by The Buckhead Bread Company. 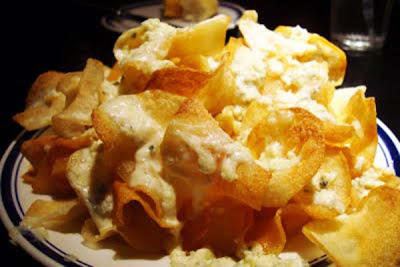 They are known for their homemade potato chips with maytag blue cheese.  With the chips I had a filling Flatiron Steak BLT with a Horseradish Aioli.  The sandwich was one of the best I have eaten in a long time.  Wish I had gotten a picture of it. 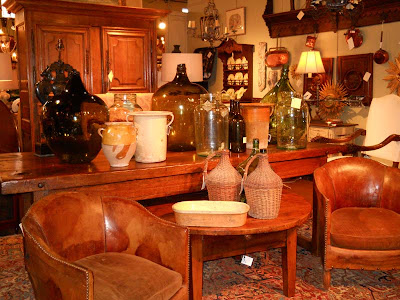 It was not all about the food.  We did our share of shopping too.  I coveted the French confit pot on a table in Foxglove Antiques in the Miami Circle Design District of Buckhead.  French confit pots were originally used to store duck confit and old ones like this are very pricey.  I came home without it.

But what I did come home with were good memories and lots of ideas for food and decorating.  Traveling always inspires me and I hope to share some of my creative attempts with you soon.

11 responses to “Eating our way through Atlanta”